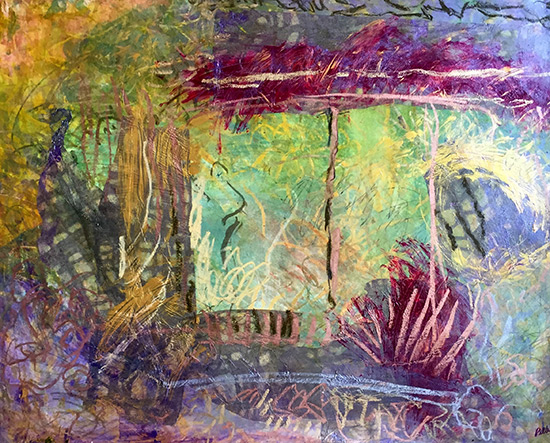 
My dad took out his violin on weekends, tuned the strings, and practiced for several hours. He played the big band songs: Glen Miller and Guy Lombardo. He told us how he had an orchestra that performed on the radio and resorts in the early thirties. That’s how he made his living before he met my mother one summer evening in the Catskills. After he married and had us, he went to work for the post office. It all felt very romantic and sad to me. Once he said, "it’s rare for a person to combine their vocation and avocation.” He died at work with his music still left inside him.

Some people spend all their lives employed, so when they retire, they feel like they are being let out of prison. I'm reminded of a friend like that, who after five years into retirement, is still a force of nature, unstoppable, and doing all the things she put on hold for over thirty years of teaching.

There are others who retire and find their days stretch endlessly like vast wastelands. They’ve had so much structure and busyness in their life, that when set free, their identity is lost. They’re adrift.

I’ve seen some who work longer into their sixties and seventies, eager to continue to experience the fulfillment that work brings them, but they work less and phase in things they want to learn.

I hate the word retirement. It’s so diminishing, since our culture is infatuated with youth and energy. Retirement is the next to the last chapter. At parties, when people ask me what I do, and I say, “I’m retired,” they avert their eyes and scan the room to find someone else to talk to. Instead, I like to say," I’ve cut back, to find my voice," or "I’m discovering my creative abilities, I’m going on some adventurous inner and outer journeys." Best yet, I say, "I'm living a vacation life-style.”

Just the way structure defined me in my career life, non-structure is healing in itself. I look at my appointment book and I’m delighted to see that I have the whole day free to do as I please. I can live on my own terms now.

Each day I ask myself what do I want to learn about today? Where would I like to go? Who would I like to spend the day with?  Sometimes our years of hiding from others just to fit in and excel in a career has been so successful, that we no longer have access to our own creative voice. This is a time to unapologetically give ourselves permission to do those things we’ve put away and hidden from ourselves,so unlike my father, we don’t die with the music still left inside us. 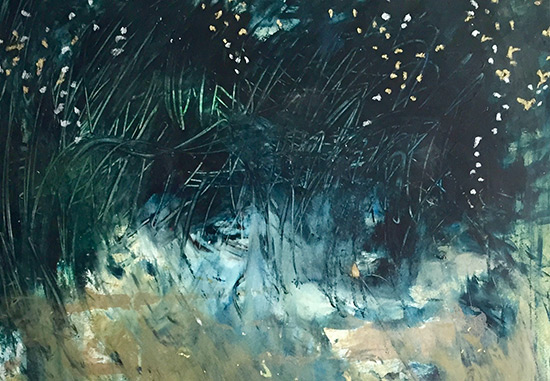 (Excerpted from a forthcoming book: An Age of Grace: 7 Challenges of Attaining Elder Wisdom by Dr. Peller Marion)

A man on a stand-up paddleboard reported he had been stalked by an 18-foot tiger shark while paddling several hundred yards off shore about 7:30 a.m. The man told county safety officers the shark followed him along side his board for a good distance before he decided to head in to the beach at Kam'ole Beach Park, less than two miles north of Keawakapu.

The shark attack which occurred on Keawakapu Beach in Kehei, was reported at 8:34 a.m. by a bystander on the beach. The victim, a 63 year old woman swimmer was taken to Maui Memorial Hospital by ambulance.


Being alone in the ocean has its own magic. It is dangerous, frightening, and expansive. Past the crashing waves, there is an impenetrable silence buffered by the sounds of wind and restless swells. The salt water is a safety net that keeps me from sinking and gives me comfort, like lying in the hands of God. And because I'm a visitor here, unlike the green sea turtles that rise to the surface every so often to breathe, I can't stay forever.

A half an hour into my swim, I felt a razor-like pain shoot through my body. Something the size of a freighter, had come up behind me and grabbed my leg. It attacked my flesh, the way I'd bite into a marshmellow, but with a fury that pushed me forward at lightning speed. My head shot up and I saw my snorkel fin careening over the waves. Hard and fast, I turned upright treading water and saw that I was face to face with a raging tiger shark.

I was in a vastness at a thirty-foot watery depth-less than a foot away from a wildness I'd never known. The shark's fury struck me to my core, as if my insides were being rearranged, violated, as the sea had reached out giving me a touch of its vast reaches.

There was a surfer I'd read about once, whose arms were caught in the shark's mouth. He gave up, and he was carried out to sea teathered to the underbelly of the animal.

Certain that the shark was coming after me swift and sure, frantically, I flailed my legs. The surface around me turned red with blood.

Salt water flooded my nose, mouth, and seeped under my goggles as I paddled and swam faster with one fin now-the other taken by the shark.

Though the salt-cool and pleasant on my leg, didn't feel like it belonged to me anymore, I knew not to stop, look and waste time getting to safety.

My thoughts slipped. Everything sped up. Something had reached inside me and in no uncertain terms informed me that I no longer had a free pass in life. Suddenly, I was very awake and I swam deliberately, talking myself out of the fear filling my belly.

I remembered all the ocean's moods I'd been in with some good swimmers beside me. Once I treaded ten-foot swells in the harsh waters of La Parouse, steadying my friend traversing, while he took a fishhook out of the mouth of an enormous green sea turtle. Another time I got myself out of a riptide right outside the reef by the hotel. No one spoke of riptides, currents, or shark attacks in the twenty years I'd swam my four miles each morning. Just weeks before we saw pictures posted on a tree about a man my age, who'd gone out for a sunset swim and never returned. Days later, they found his towel, wallet, and watch tucked behind a bush near the shore.

What would my husband have done? What would have been his first thoughts when I didn't return that morning? What if the shark had circled back and dragged me under?

Fulton, our Maui friend, said he was eating at a dinner restaurant across the street from the ocean on the road from Kehei to Lahaina. Suddenly, he found himself and other diners watching a shark devour a woman swimmer while her friend swam to shore for help that came too late.

As I swam, I remembered spying on my cat as he caught a lizard and ate its good parts in front of me while its head was left to die, twitching in the afternoon sun on our patio.

My brain raced. Images rushed past me like lightning. I saw my head torn from my body; my mind still working while my severed torso pushed past me caught in the swells.

Little did I know what was in store for me.